There are two reasons for coating an intake manifold. The first would be Performance, the second Appearance.

Appearance: If someone is looking for more show and they like a bright, polished appearance, then Ceramic chrome, as an example, can be used. Since Ceramic chrome is a thermal barrier, we recommend that you coat the bottom and the top. In this way, while you’re inhibiting the amount of heat that can be dispersed from the top of the manifold because of it being coated, you’re reducing the amount of heat that can be absorbed by the manifold because of the same coating on the bottom.

<<< Back to Coatings   Next: Oil Pan Coatings 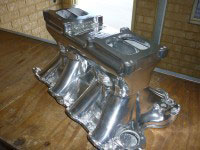 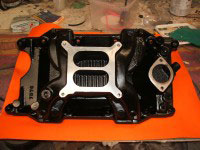